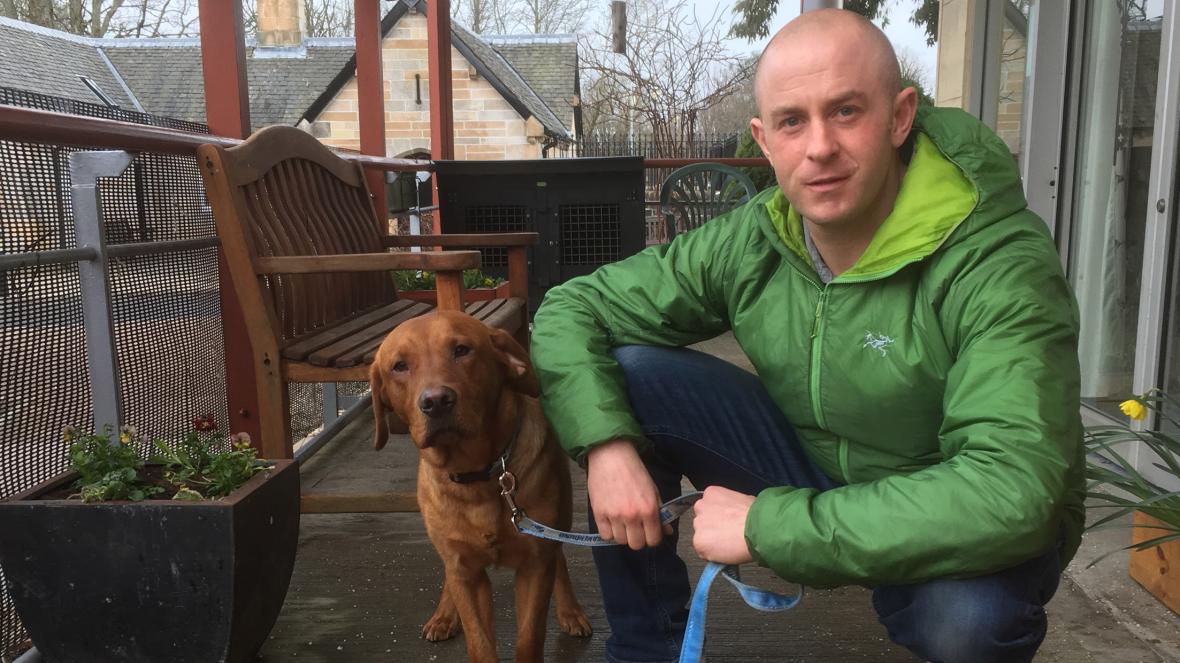 When former soldier Paul Harris swallowed a handful of pills in a dark and freezing-cold Scottish woodland earlier this year he had been hoping for oblivion.

Paul had been medically discharged from the army with delayed post-traumatic stress disorder (PTSD), after being shot in Afghanistan and wanted to die.

But his faithful pet labrador Munro — named after Scotland’s highest peaks — intervened as the 36-year-old slipped away, barking and jumping on him until he came round.

It was his job as a specially trained animal gifted to Harris by Glasgow-based charity Bravehound — which provides dogs to help ex-military personnel recover their mental health.

But now the life-saving organisation has had to freeze its waiting list due to increased demand during the Covid-19 pandemic as veterans feel even more lonely and isolated. Harris, who lives in Edinburgh, is campaigning for support for Bravehound.

Today the ex-army sergeant is on improved medication, working part-time and much happier after satisfying his passion for hillwalking, with his dog by his side.

“Bravehound and Munro have made a massive difference to my life. He is my best friend. He comes everywhere with me,” said Harris who has had the pet since 2018.

His low point in the woods just before the start of Covid lockdown spurred Harris to continue a challenge he began in 2016, to climb all of Scotland’s munros.

With Munro to accompany him he has raised £6,000 for armed-forces charity Walking With The Wounded.

Without Munro and Bravehound, he insists he wouldn’t be here. “I felt suicidal,” he said. “I had anti-psychotic medication and took a huge amount on a freezing-cold winter night.

“But Munro knew. He was barking, growling, jumping up on me and that pulled me round.”

Fiona MacDonald, a former opera singer who founded Bravehound in 2013, said: “More than one of the veterans we have partnered with a Bravehound dog has reported being so desperate that they have tried to take their own life during lockdown, but their Bravehound intervened.”

The organisation has placed dozens of dogs with ex-service personnel to help them and their families adjust to “living with visible and invisible wounds”.

Harris had been finding civilian life tough after an army career spanning 16 years that took him to countries from Iraq and Germany to America and Mexico.

In 2010 the experienced member of The Rifles — formed during campaigns in Iraq and Afghanistan — was shot, and the fallout for his physical and mental health was profound. Then Munro came into his life.

The dog senses mood changes from depression to panic and anxiety that make concentration on day-to-day tasks difficult. MacDonald said that, even without trying, the dogs are highly sensitive to emotions, nudging and cuddling veterans for support.

“Munro knows when I am having bad days,” said Harris. “Then he does his job; he becomes all needy so I have to look after him.”

The charity works with Dr Robert Hewings of the UK College of Scent Detection, studying how dogs can be taught to sniff out a nightmare, when veterans may give off a scent of extra cortisol, adrenaline and sweat. One soldier has told the charity how his companion dog already nudges him or licks him in his sleep if he’s having a bad dream.

Dogs can also be taught to intervene when veterans are having daytime anxiety attacks which may be linked to the scent of added cortisol release, leading the dogs to jump onto their lap or seek attention to calm them down.

A recent study by Battersea Dogs Home found 75% of owners credited rescue pets with helping them cope with social isolation.

However, as Remembrance Day approaches, Bravehound, which supports dogs for a lifetime, is experiencing a funding crisis.

MacDonald, a recipient of a Points of Light Award in 2019 from the then prime minister Theresa May, said the award-winning charity trains the veteran with the dog, supporting them with vet costs, feeding and equipment.

She said: “The Covid crisis has disproportionately affected those veterans who were already isolated. The one-to-one clinical support many received for their mental health is either on hold or online and many cannot cope with that.”

MacDonald said: “We really need funding to be able to keep supporting the dogs we have and to support more of the veterans.”

Currently the waiting list is closed “as we simply cannot provide enough dogs to meet the demand”. 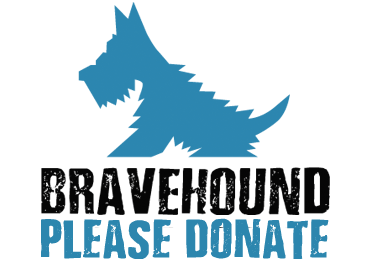