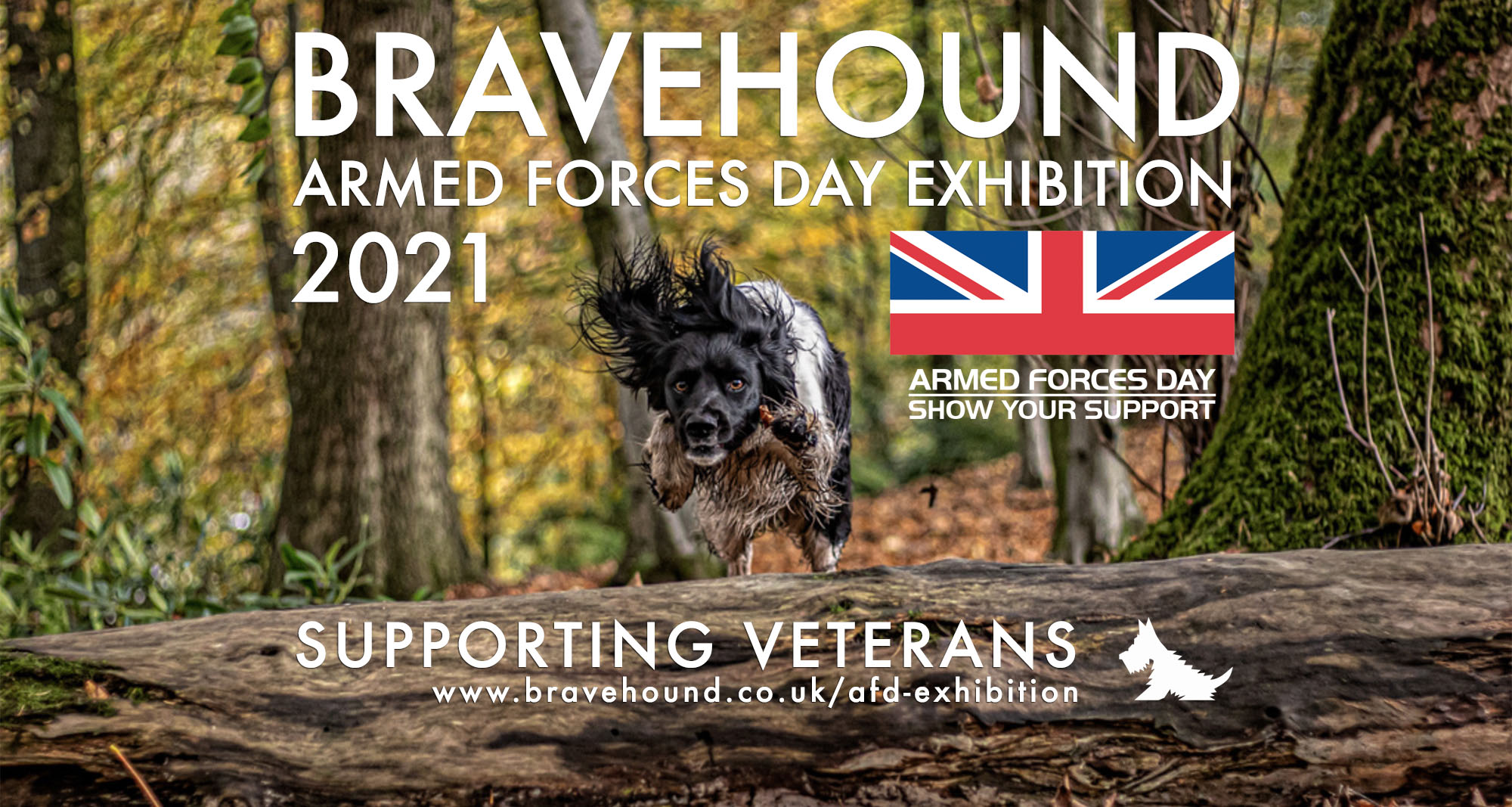 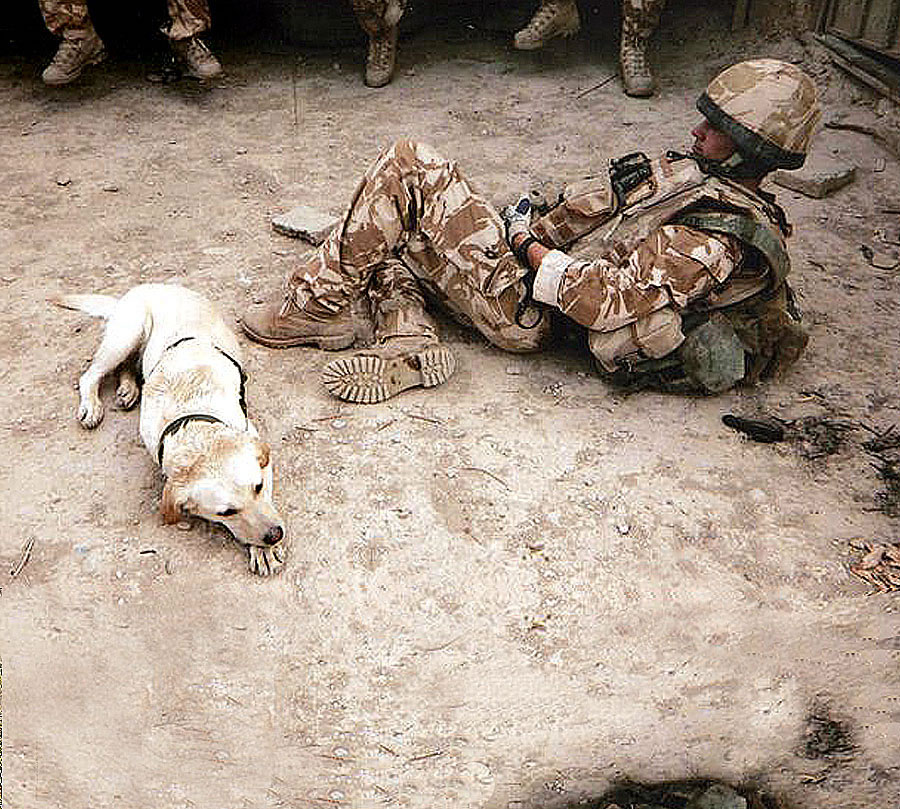 On the 24th of July 2008 Lance Corporal Kenneth Rowe (24) and his search dog Sasha died while serving with the Royal Army Veterinary Corps attached to 2nd Battalion, the Parachute Regiment.

Lance Corporal Rowe was due to leave Afghanistan on July 23rd but had stayed on because no replacement for him and Sasha was available.

Words fail to convey the courage, dedication and commitment to the safety of others demonstrated by Lance Corporal Rowe.

BRAVEHOUND proudly dedicate this exhibition to the memory of Lance Corporal Kenneth Rowe and his search dog Sasha.

BRAVEHOUNDS are usually named after dogs awarded the PDSA Dickin Medal “for gallantry”. However we must also remember the human handlers. Their bravery and dedication for the welfare of others is given in full knowledge of the risks. For their courage and commitment, we are eternally grateful and in awe. Not all BRAVEHOUNDS have been named after Dickin Medal awardees and when we are able to hold a physical exhibition we will include all of our BRAVEHOUNDS. 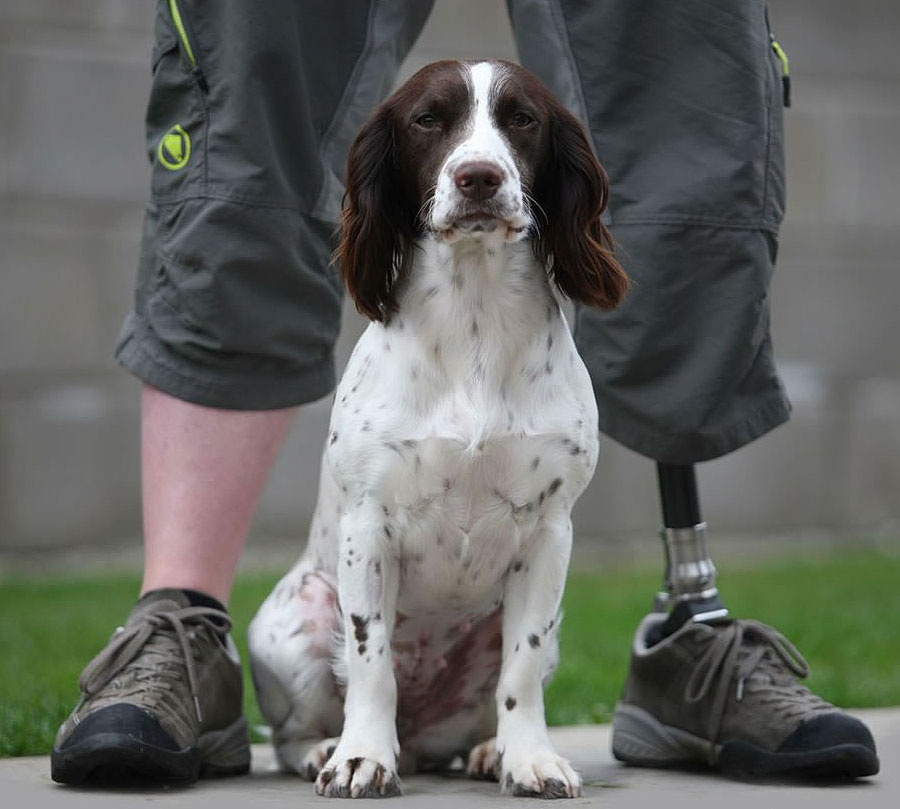 SASHA (Mouseover image for DM recipient)
DM citation: “For outstanding gallantry and devotion to duty while assigned to 2nd Battalion, The Parachute Regiment, in Afghanistan 2008.”
. 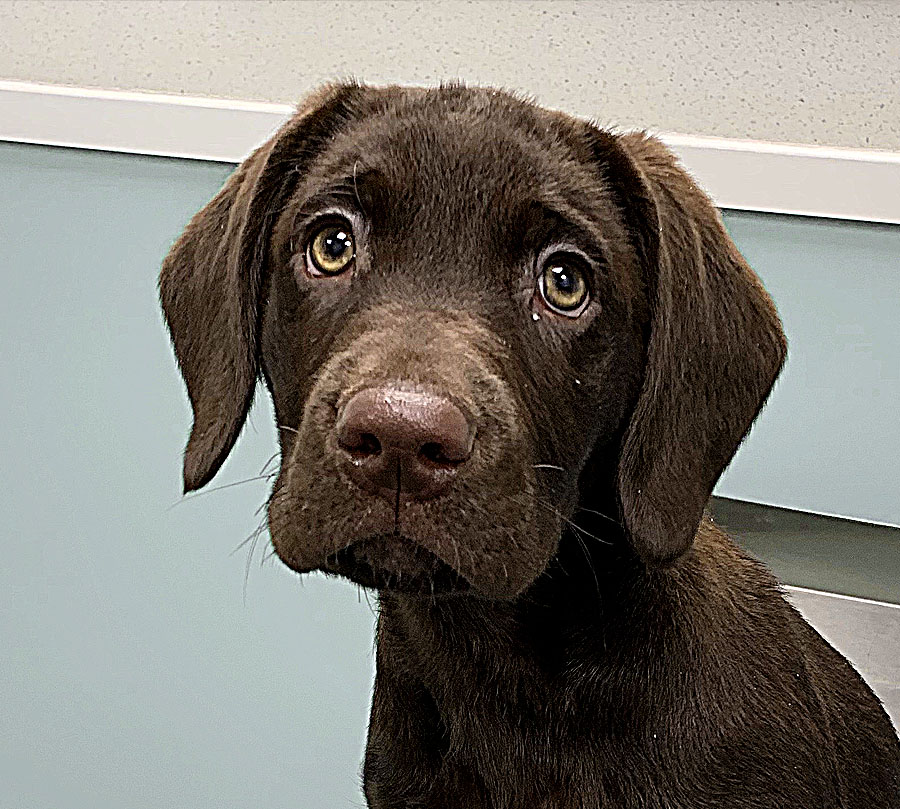 REX
DM citation: “For outstanding good work in the location of casualties in burning buildings. Undaunted by smouldering debris, thick smoke, intense heat and jets of water from fire hoses, this dog displayed uncanny intelligence and outstanding determination in his efforts to follow up any scent which led him to a trapped casualty.”
. 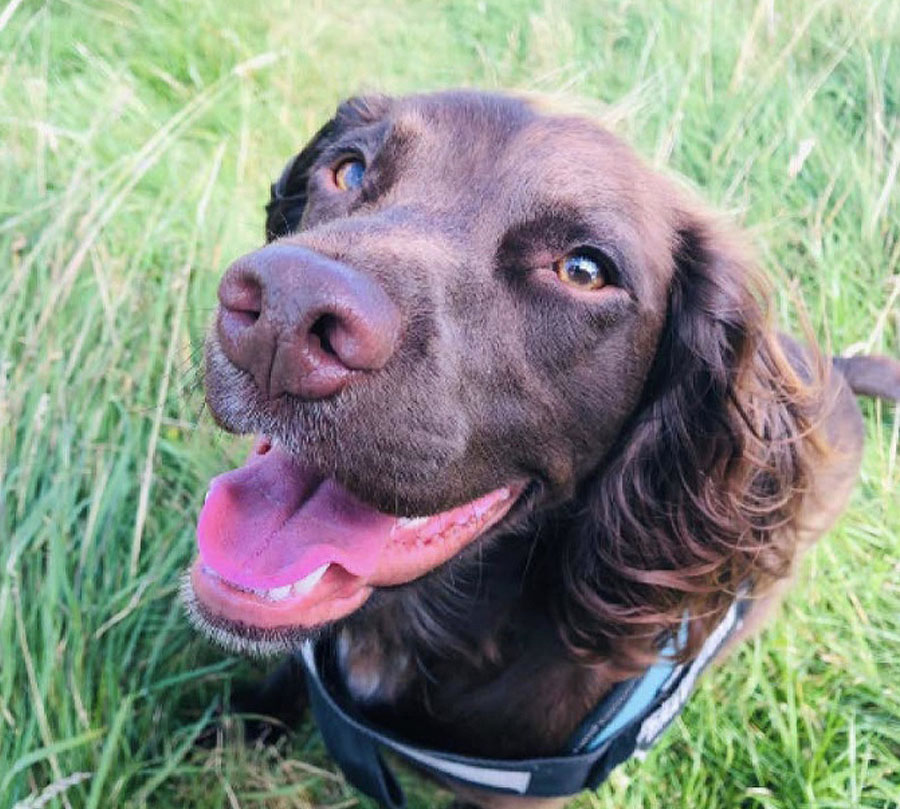 ROB
DM citation: “Took part in landings during North African Campaign with an Infantry unit and later served with a Special Air Unit in Italy as patrol and guard on small detachments lying-up in enemy territory. His presence with these parties saved many of them from discovery and subsequent capture or destruction. Rob made over 20 parachute descents.” 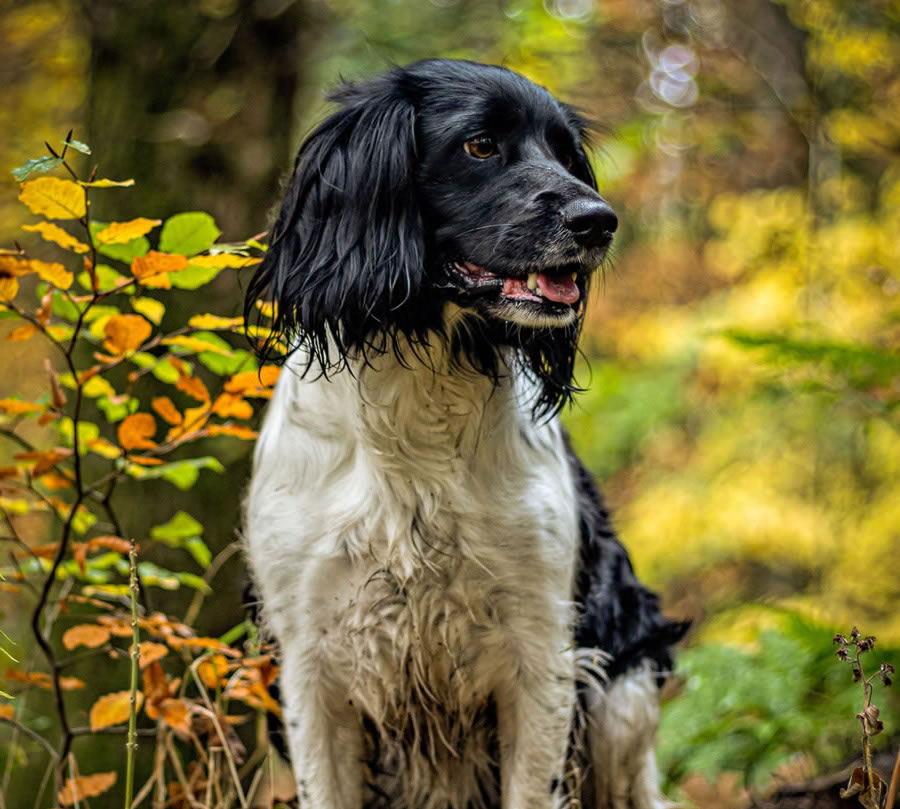 TICH
DM citation: “For loyalty, courage and devotion to duty under hazardous conditions of war 1941 to 1945, while serving with the 1st King’s Rifle Corps in North Africa and Italy.”
. 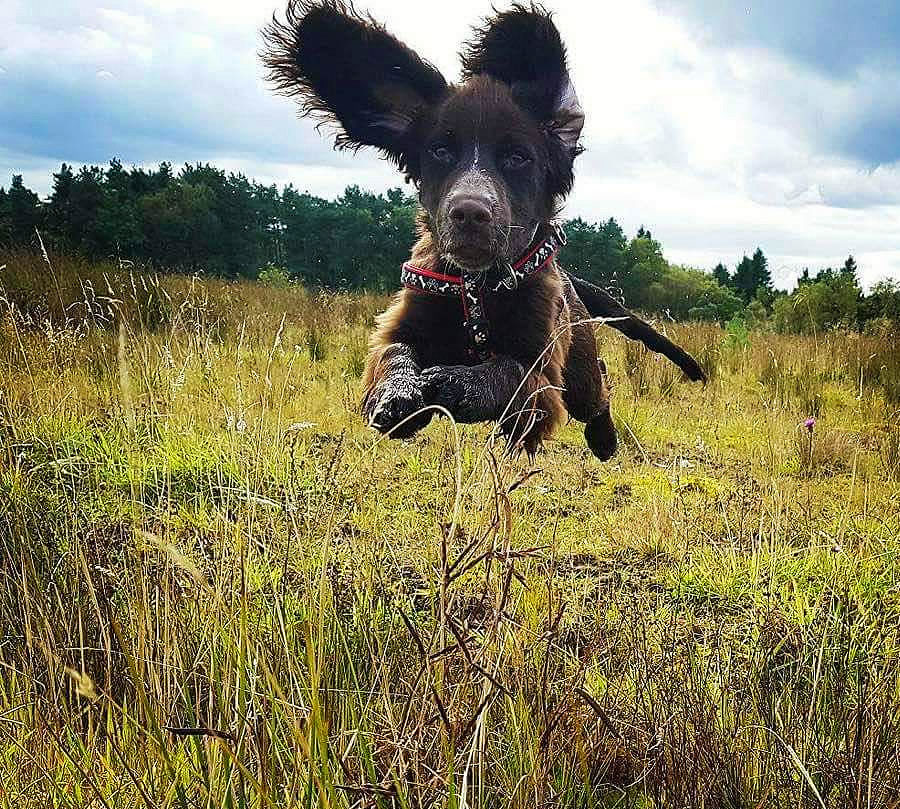 ANTIS
DM citation: “Served in the French Air Force and RAF from 1940 to 1945, both in N. Africa and England. Returning to Czechoslovakia after the war, he substantially helped his master’s escape across the frontier when after the death of Jan Masaryk, he had to fly from the Communists.”
. 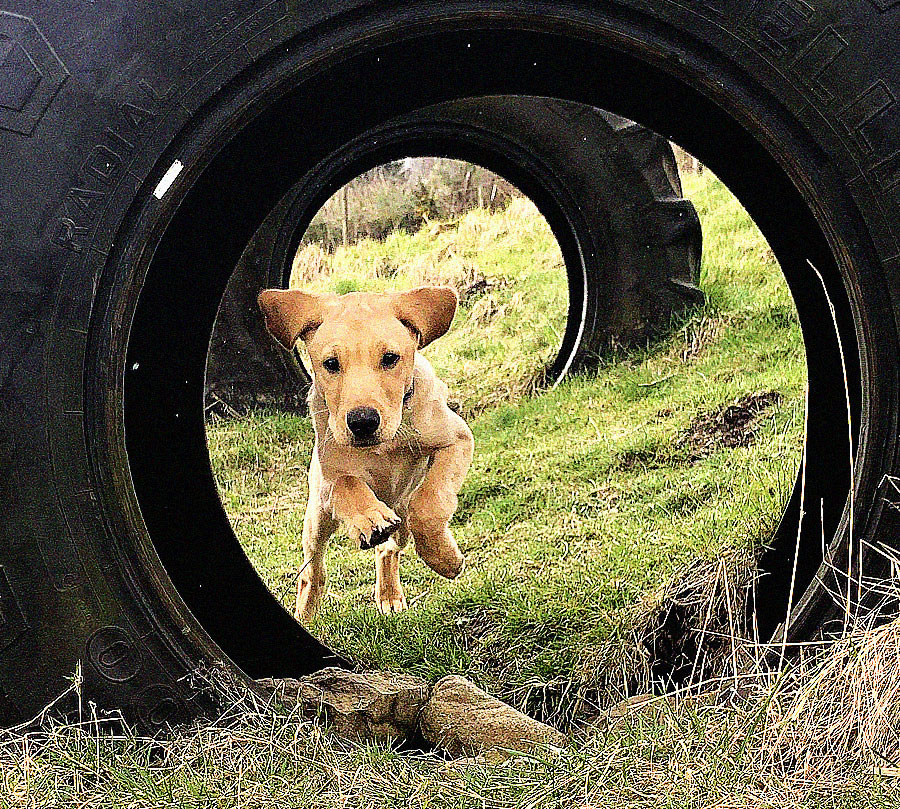 MR CHIPS
DM citation: “For bravery and devotion to duty during the US Army’s invasion of Sicily on 10 July 1943.” 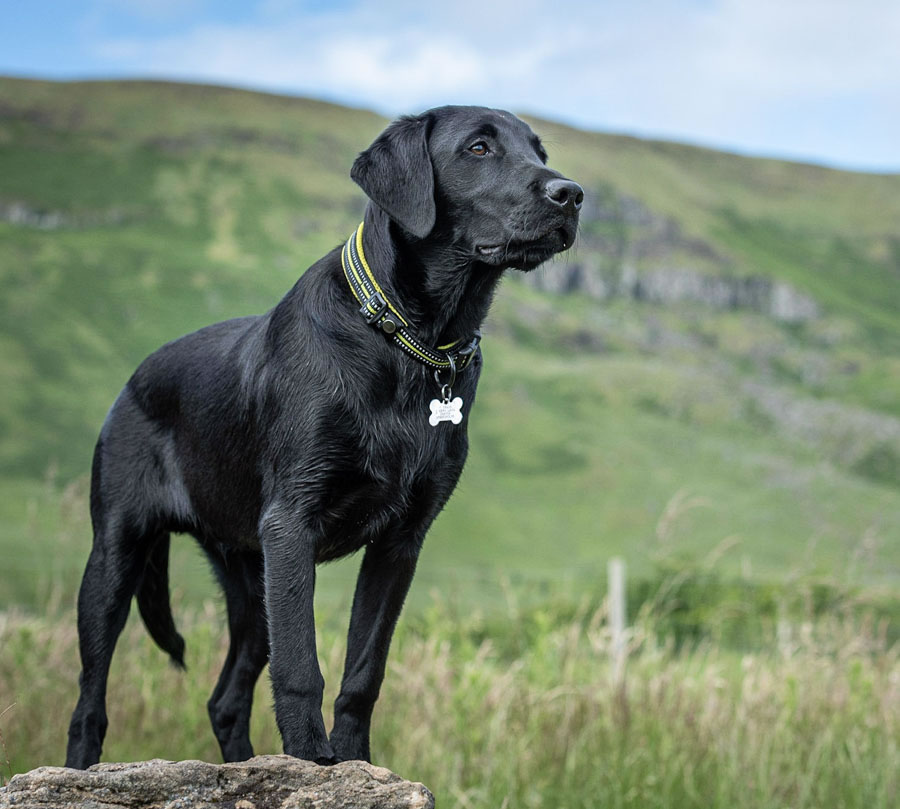 PETE
DM citation: “For locating victims trapped under blitzed buildings while serving with the MAP attached to Civil Defence of London.”
. 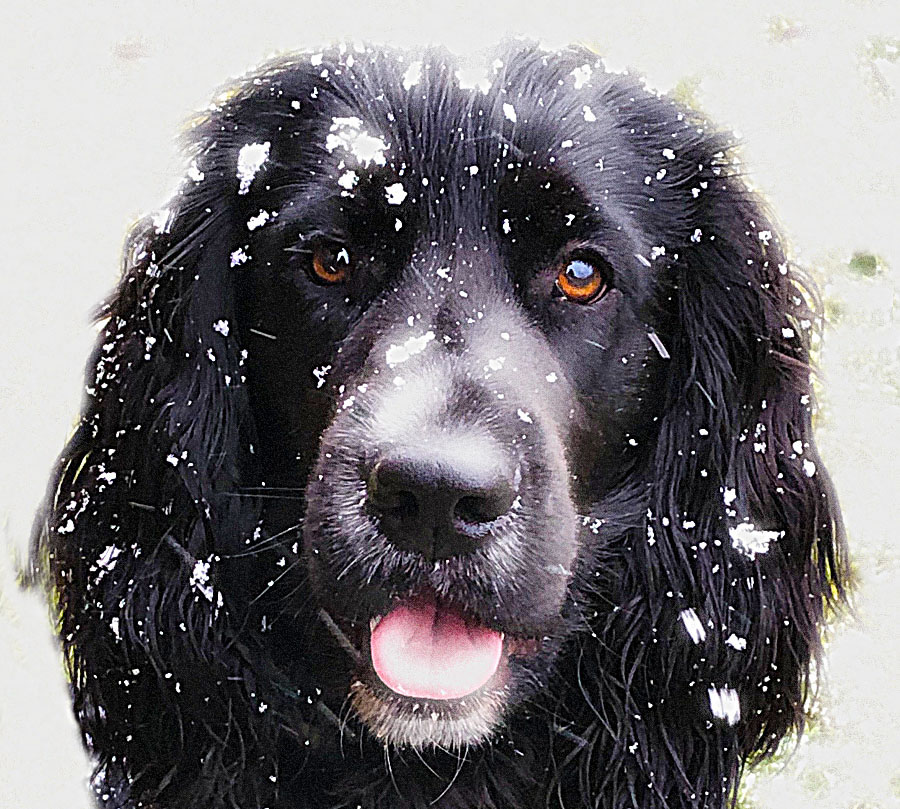 RICKY
DM citation: “Ricky was engaged in cleaning the verges of the canal bank at Nederweent, Holland. He found all the mines but during the operation one of them exploded. Ricky was wounded in the head but remained calm and kept at work. Had he become excited he would have been a danger to the rest of the section working nearby.”
. 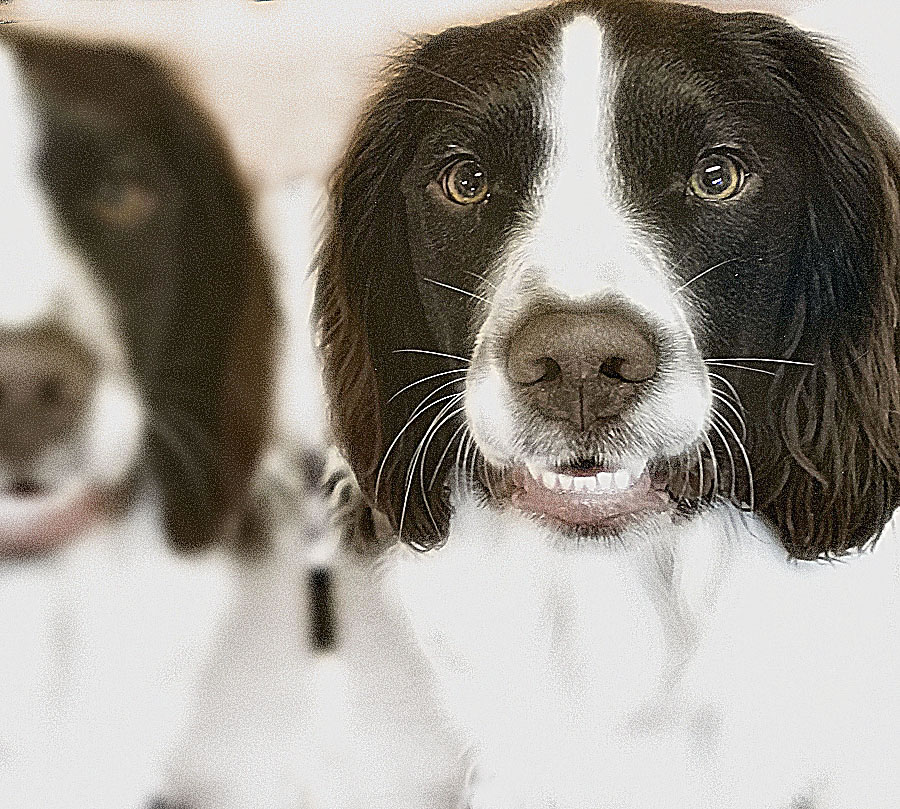 RIP
DM citation: “For locating many air-raid victims during the blitz of 1940.” 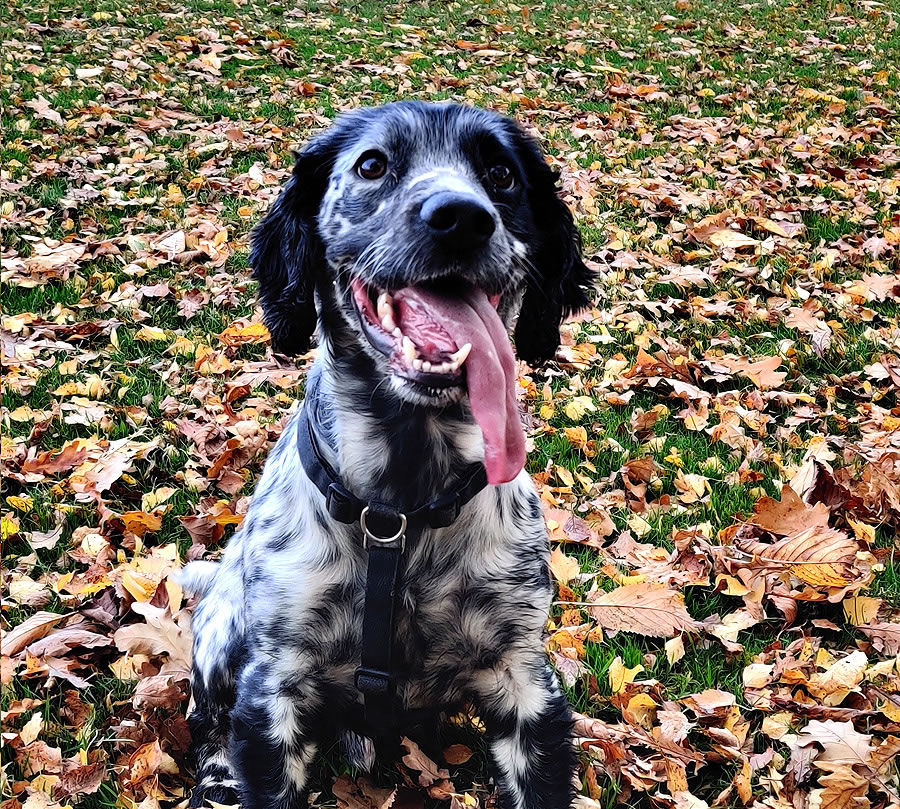 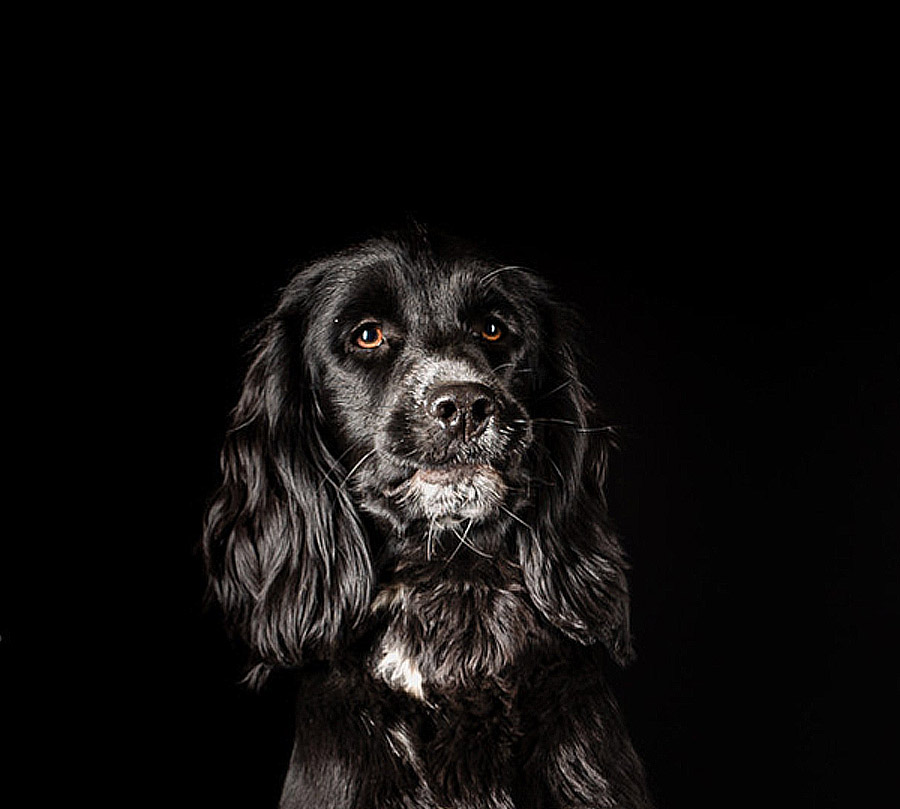 SADIE
DM citation: “For outstanding gallantry and devotion to duty while assigned to the Royal Gloucestershire, Berkshire and Wiltshire Light Infantry during conflict in Afghanistan in 2005. Sadie and Lance Corporal Yardley were deployed to search for secondary explosive devices. Sadie’s actions undoubtedly saved the lives of many civilians and soldiers.”
. 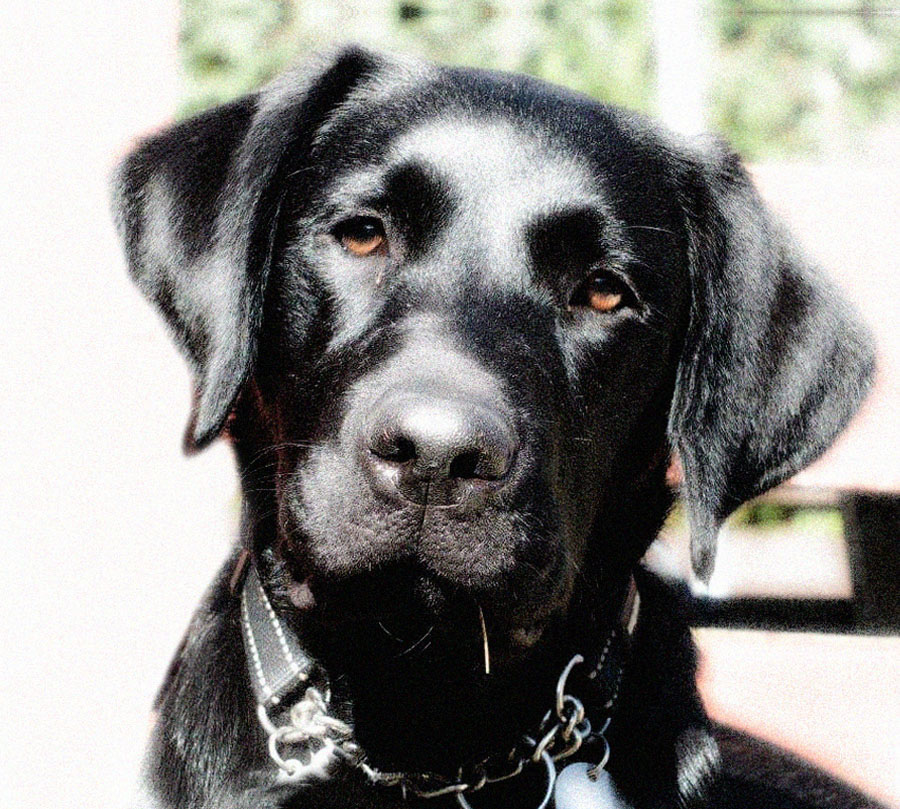 LUCCA
DM citation: “For tireless service to the military communities of the United States of America and coalition partners from 2006 to 2012.” 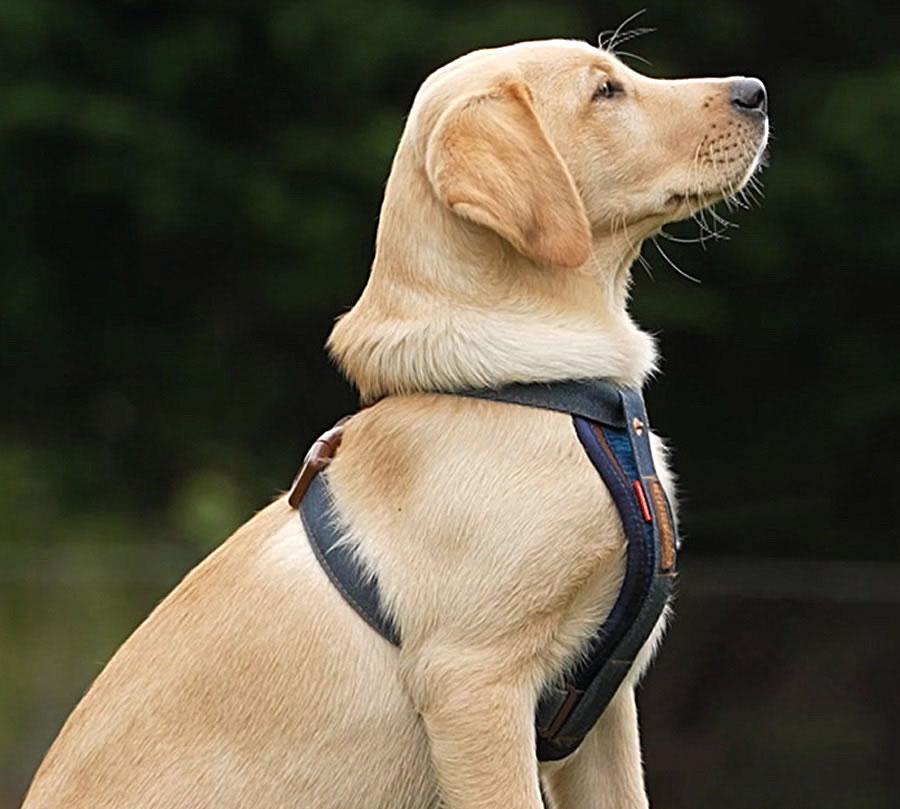 BRIAN
DM citation: “This patrol dog was attached to a Parachute Battalion of the 13th Battalion Airborne Division. He landed in Normandy with them and having done the requisite number of jumps, became a fully-qualified Paratrooper.”
. 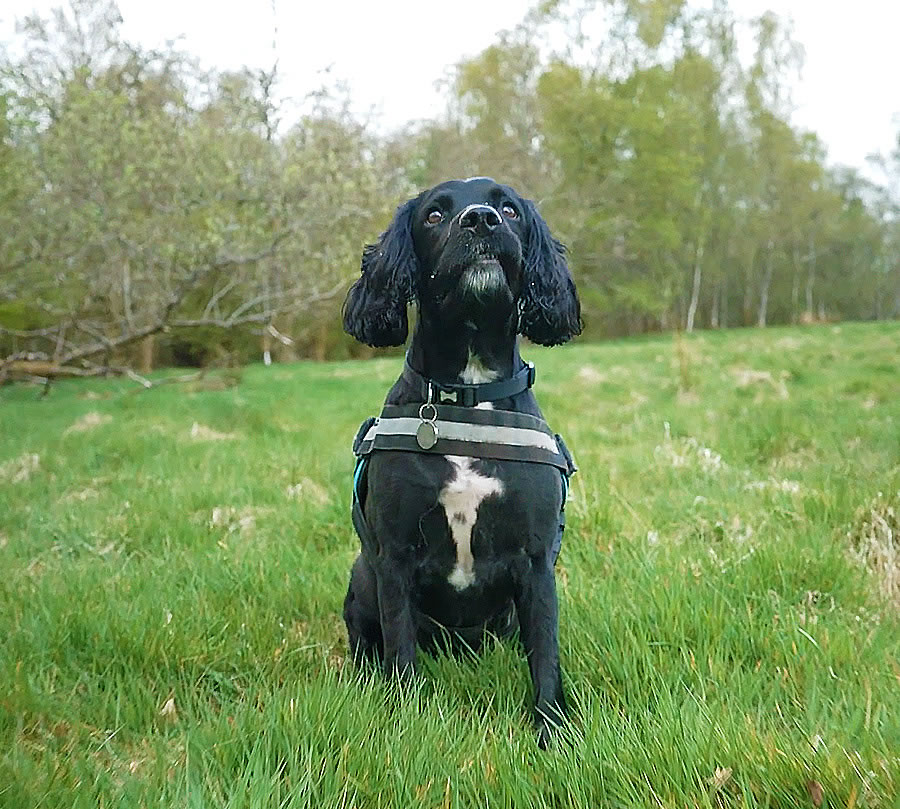 LUCKY
DM citation: “For the outstanding gallantry and devotion to duty of the RAF Police anti-terrorist tracker dog team, while attached to the Civil Police and several British Army regiments including the Coldstream Guards, 2nd Battalion Royal Scots Guards and the Ghurkhas during the Malaya Campaign.”
. 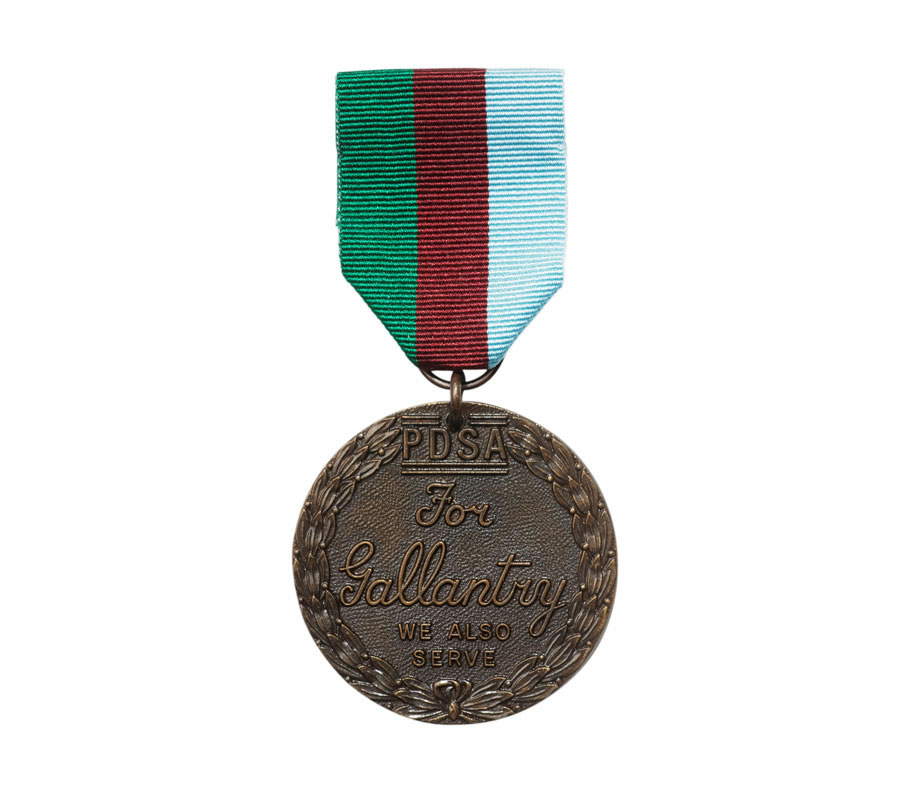 The PDSA Dickin Medal is the highest award any animal can receive whilst serving in military conflict. It is recognised worldwide as the animals’ Victoria Cross. Instituted in 1943 by PDSA’s founder Maria Dickin CBE, it acknowledges outstanding acts of bravery or devotion to duty displayed by animals serving with the Armed Forces or Civil Defence units in any theatre of war throughout the world. The Medal has been awarded 73 times since 1943 plus 1 Honorary PDSA Dickin Medal which was awarded in 2014. The recipients comprise 36 dogs, 32 pigeons, 4 horses and 1 cat.

BRAVEHOUND supports former servicemen, women and their families. We are based in Scotland and provide training and dogs to support veterans. Registered Scottish Charity SC043908. www.bravehound.co.uk 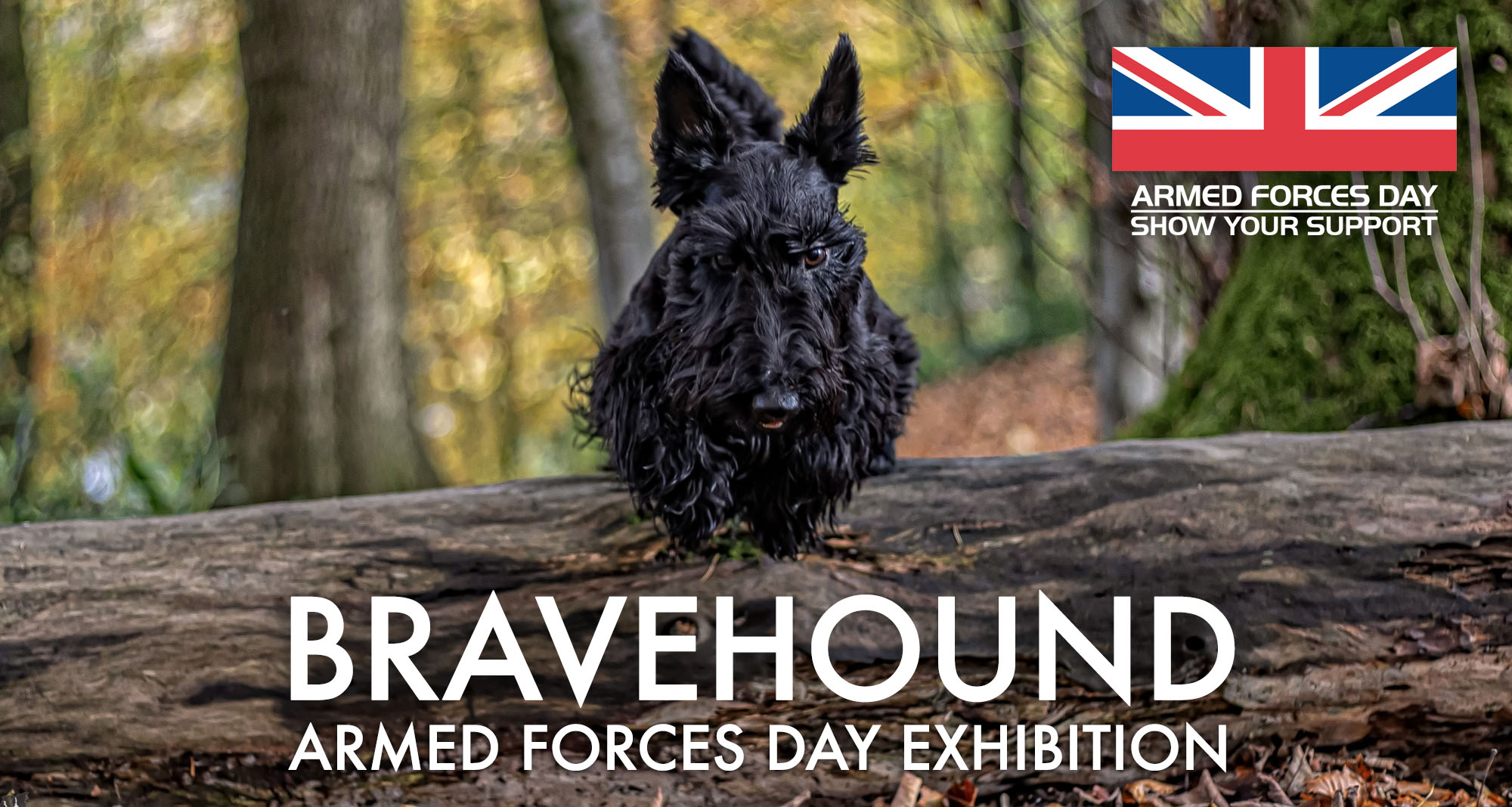